I am professor of Technical Cognition at the department of Cognitive Psychology and Ergonomics (CPE) and the Digital Society Institute (DSI) at the University of Twente. I have a background in cognitive science (psychology) and physics. 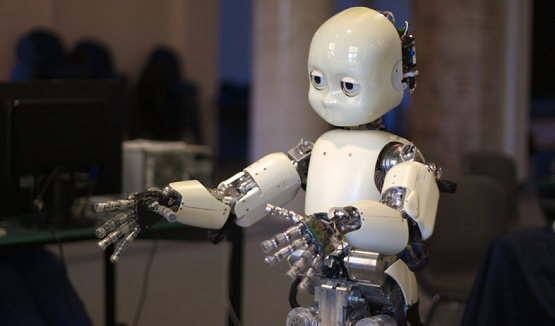 My research interests concern mechanisms of cognition, with a focus on their neural implementation. Specific topics include cognitive and neuro-computational architectures of grounded and productive cognition, visual perception and attention, working memory, higher-level aspects of cognition (language-reasoning), categorization (with learning) and neural models of sequential (control, motor) behavior. The research aims to understand the neurocognitive mechanisms of the brain and to apply these mechanisms in technical systems, as in robots or neuromorphic hardware.

A main focus of my research concerns the development of 'Neural Blackboard Architectures' (NBAs) and the understanding of their learning abilities. NBAs are neuro-computational architectures that afford forms of combinatorial (productive) processing in (human) cognition. An example is the NBA of human language (sentence) processing. This NBA relates the (fully productive) linguistic features of language with the computational architecture needed to implement these features in neural mechanisms. Neuro-dynamical processing in the NBA accounts for aspects of human language processing, such as parsing and ambiguity resolution.  Other (dedicated) NBAs would underlie phonological processing, (aspects of) semantic processing and complex motor planning.

Key publications related to the NBA are:

My research interests concern the understanding and application of the (neural) mechanisms of cognition. Specific topics include cognitive architectures of grounded and productive cognition, visual perception and attention, working memory, higher-level aspects of cognition (language-reasoning), categorization (with learning) and neural models of sequential (control, motor) behavior.

Involved in the following activities: