Srini has a mix of industrial and academic experience and has worked so far in three continents. His research interest is cryogenics where disciplines thermodynamics, material sciences, fluid, and heat transfer meet. He received the 2019 Mulholland award for excellence in cryogenic engineering which is given to recognize significant achievement in a particular areas of cryogenics.

Srini leads the Applied Thermal Sciences lab within the Energy Materials and Systems cluster where his team explores fundamentals and applications of thermal sciences in both space and time domains. The core competence of his group is heat and mass transfer phenomena in the cryogenic temperature range from 200 K to 4 K.  His approach combines formulation of conceptual models, experiments and numeric. The topics of his research are problem-driven and his team seek to solve grand societal challenges related to energy and life sciences.

Srini is successful in obtaining grant income from various sources, both government and industry. So far he generated 2.9 million euro income since 2015.

For more info about Srinivas Vanapalli on the 'Featured Scientists' page, click below: 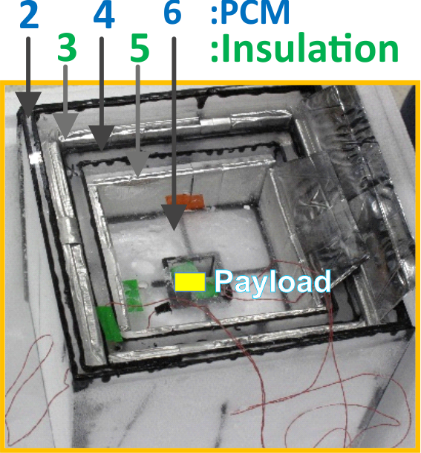 Compact additive manufactured thermal device
A compact flat-panel gas-gap heat switch is developed with additive manufacturing. The novelty in this approach is that several components can be produced simultaneously (e.g. fluidic interconnects and heat sink), and allows three dimensional flexibility in the design of the outer structure to tailor the device for any intended application (either flat, cylindrical or any other shape). It has clear potential for quick adoption by stringent markets, because of its low footprint and mass, and without moving parts or welds. 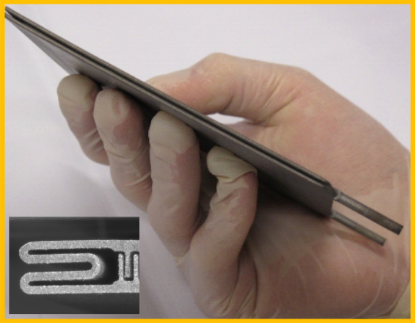 Cryogenic optical microscopy
A tool to visualize the deposition and sublimation of impurities (water vapour) in a narrow slit of 1 micron depth at cryogenic temperature (around 150 K) is developed. A tailor made glass cryostat and a glass micro-machined Joule Thomson cold stage is used to study the heat and mass transfer process in the microchannels. For the first time, such visualization experiments are performed in the context of cryogenic coolers. The optical images, temperature recording and the mass flow data gives insight into the physical process that influence the (de-) sublimation process.

Assessment model for nanofluids
Nanofluid is a suspension of nanoparticles in a carrier fluid. A simple thermal performance assessment model based on first principles is developed that can be used by industry to rapidly evaluate the thermal performance of a nanofluid in comparison to its base or carrier liquid in convective systems. The model takes into consideration a number of key properties of the base liquid and the nanoparticles dispersed including changes in viscosity, thermal conductivity, specific capacity and concentration of the nanoparticles, density as well as the flow rate, geometry and flow conditions. Hence, the model can be used by industry to optimize both the formulation of the nanofluid and geometry of the heat transfer unit deployed to harness the benefits. 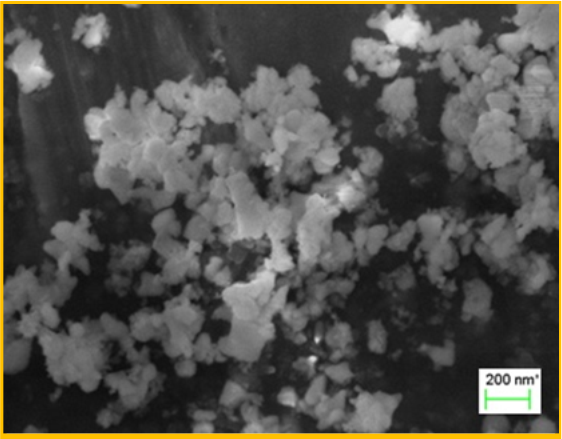 Micro cryogenic Joule Thomson cryocoolers
Using the state-of-the-art glass microsystems technology (isotropic chemical etching and bonding wafers), a two stage Joule Thomson cold stage (PhD work of H.S.Cao) with a temperature of 30 K is developed, and have demonstrated the application of this cooler by attaining superconductivity of a thin film device.

Thermoacoustic heat pump
A system for a dwelling, which is based on thermoacoustics and can be used to switch the role between a heat pump and a cooler as the need arises, has been developed. The system uses an environment friendly working medium and was shown to have a reasonably good performance. This work is performed at the Energy research Center of the Netherlands. 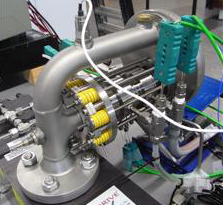 High frequency pulse tube cryocooler
A pulse tube cryocooler operating at 120 Hz with 3.5 MPa average pressure achieved a no-load temperature of about 49.9 K and a cooldown time to 80 K of 5.5 min. The net refrigeration power at 80 K was 3.35 W with an efficiency of 19.7% of Carnot when referred to input pressure-volume (PV or acoustic) power. Such low temperatures have not been previously achieved for operating frequencies above 100 Hz. The high frequency operation leads to reduced cryocooler volume for a given refrigeration power, which is important to many applications.

What defines me as a teacher?

Courses in the current academic year are added at the moment they are finalised in the Osiris system. Therefore it is possible that the list is not yet complete for the whole academic year.

My research is supported by national, european funding agencies and industry.

What drives me as a scientist is the exciting wealth of knowledge and surprises I come across in my research, either in the lab or in discussions with my team. We built a little cryogenic fluids playground and often me and my students try things out of curiosity, very often transforming into serious multi-year projects. I believe in sharing this curiosity with the general public and to high-school students, with a hope to ignite the STEM flame in them. My outreach efforts were recognized recently by the MESA+ Dave Blank Outreach Award.

09 July 2020: Why insulated metals cool down faster than their bare counterparts

Biopsy frozen in seconds in the operating room